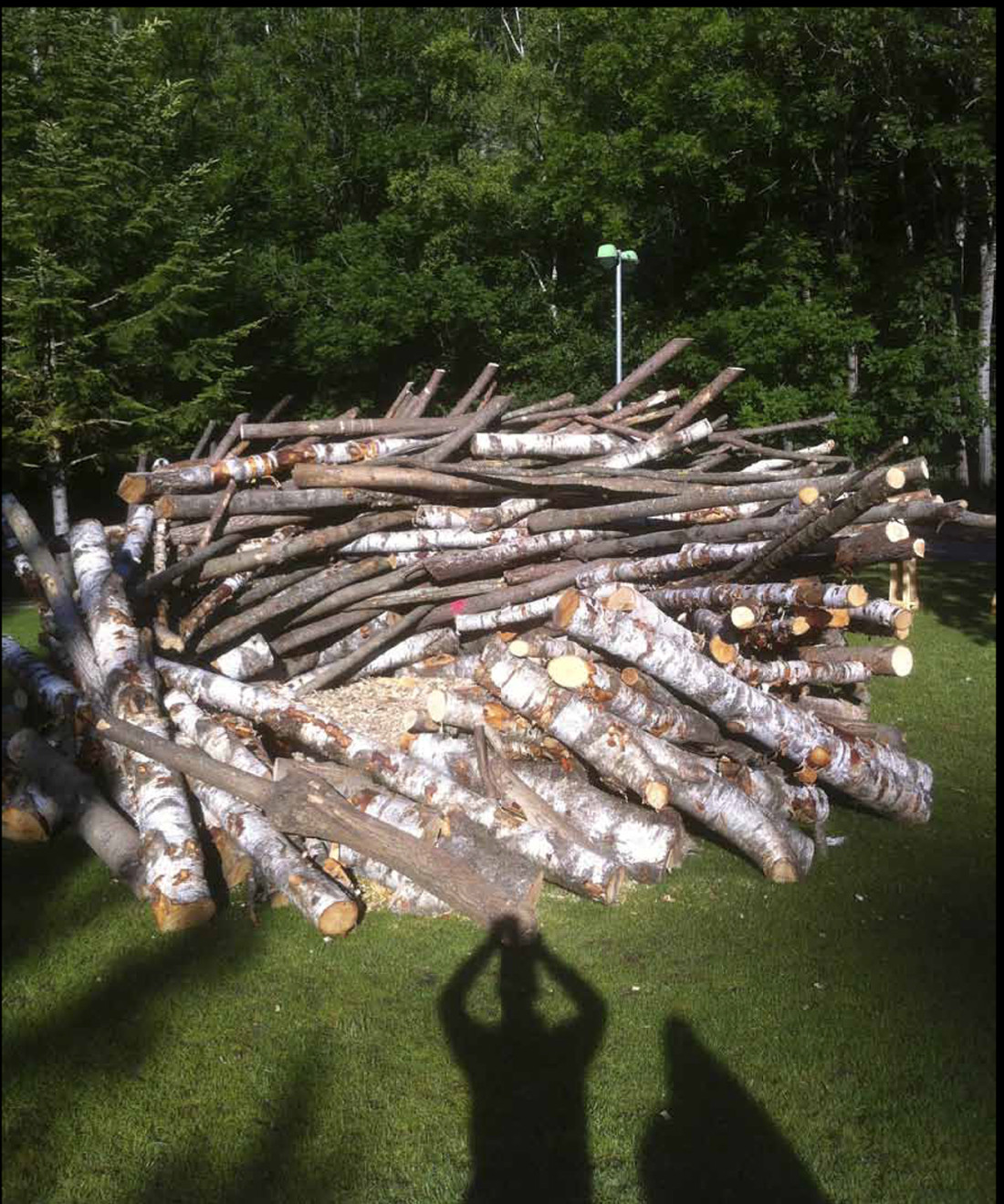 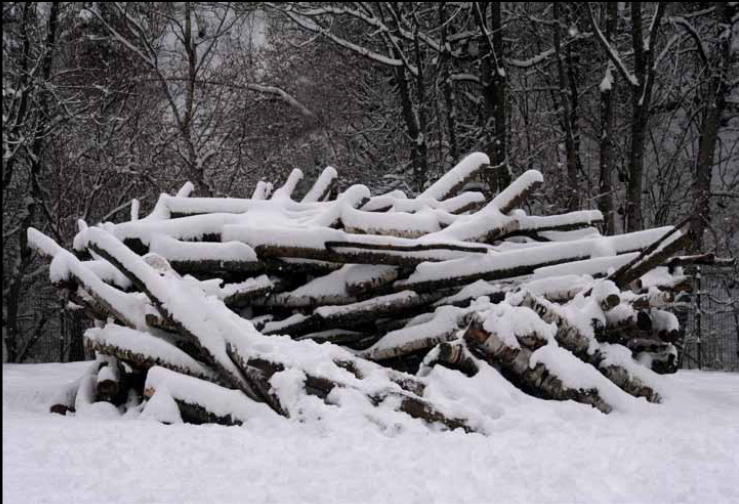 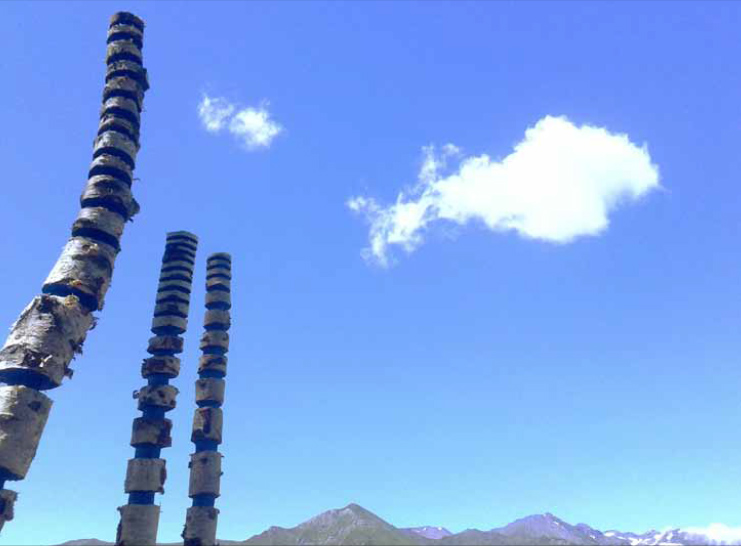 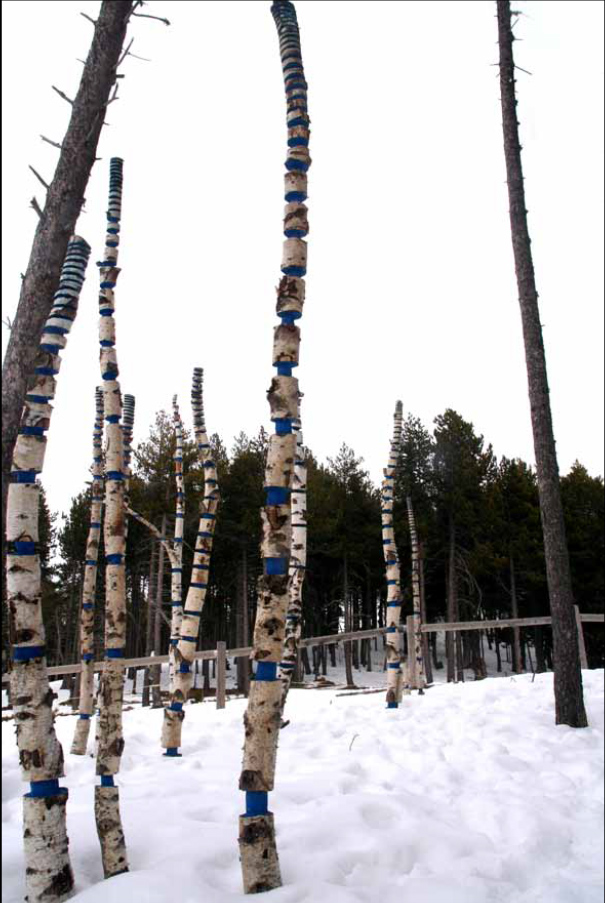 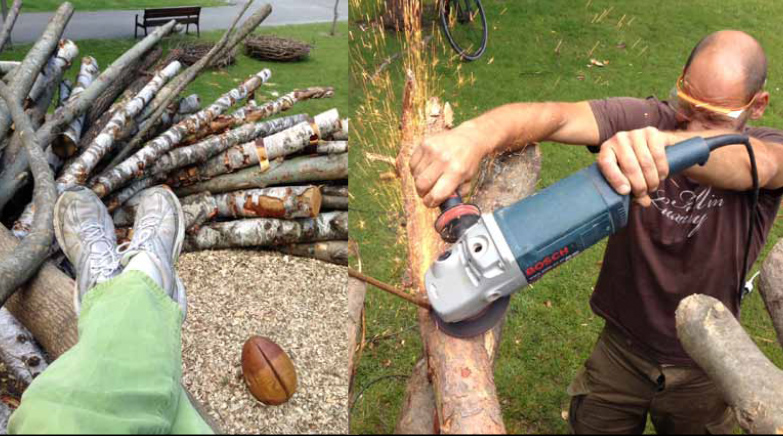 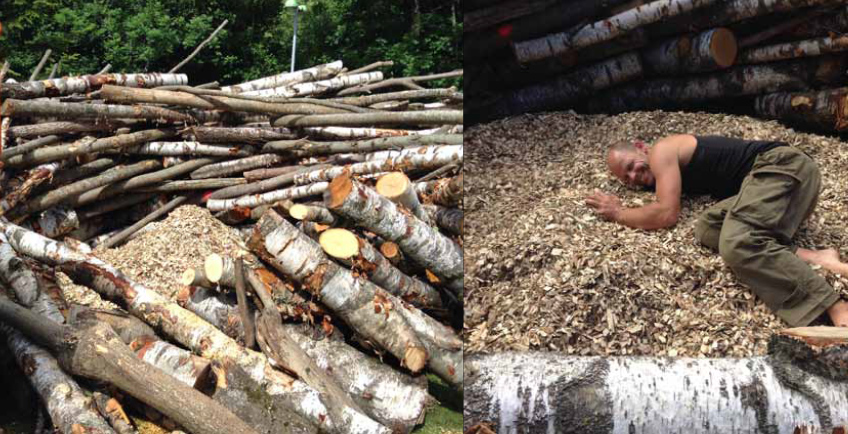 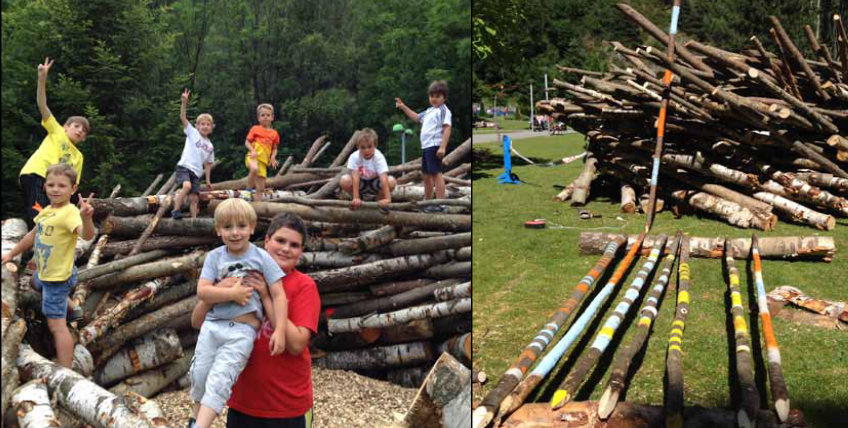 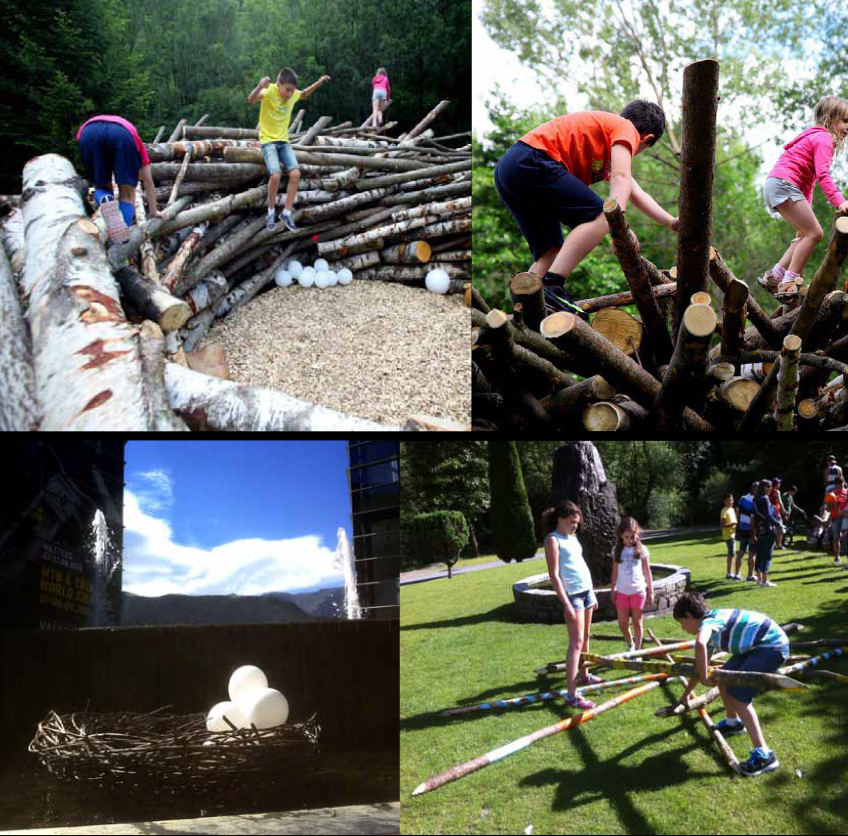 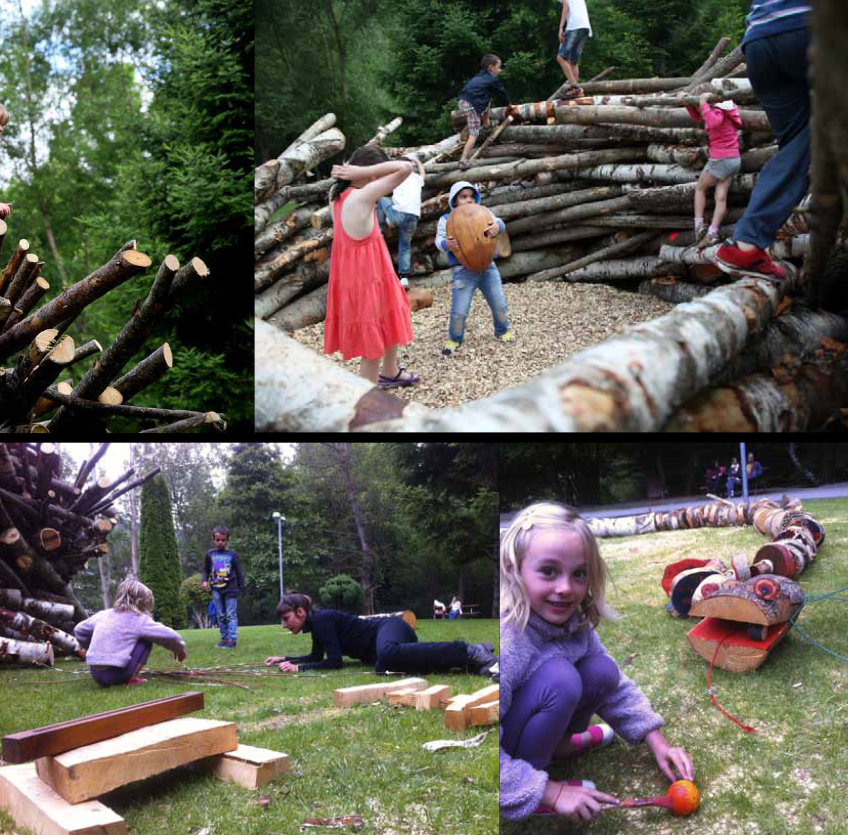 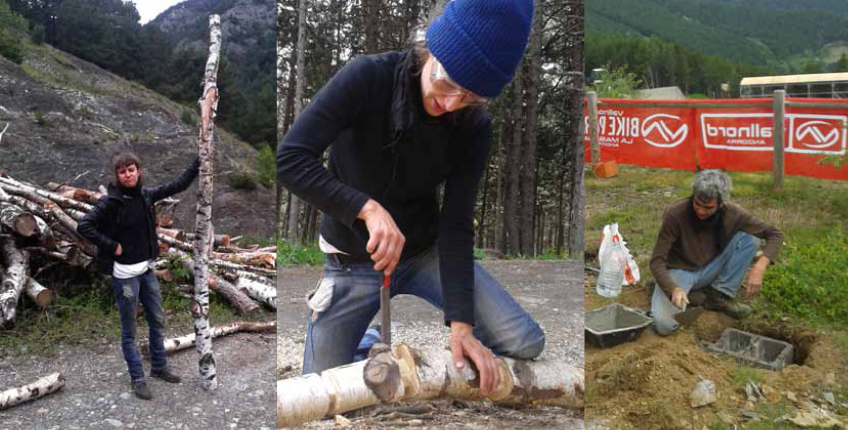 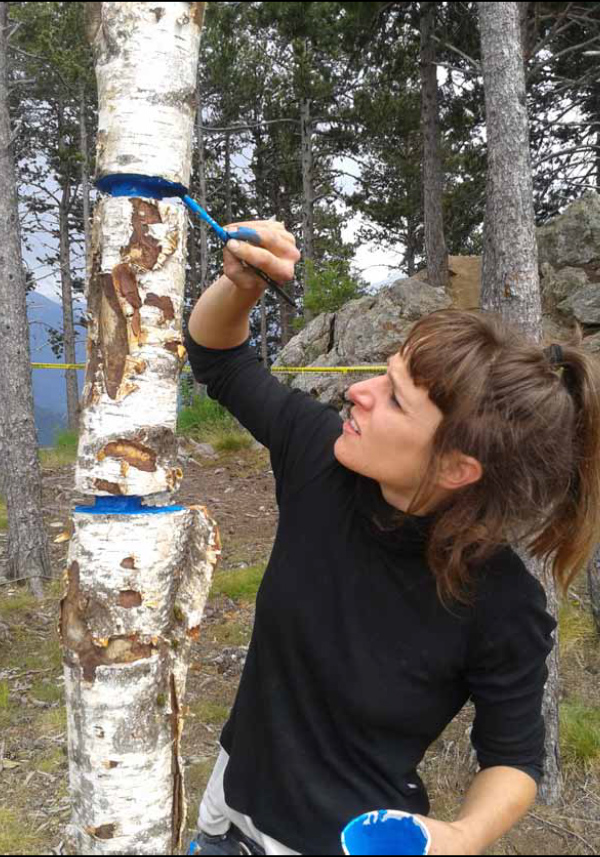 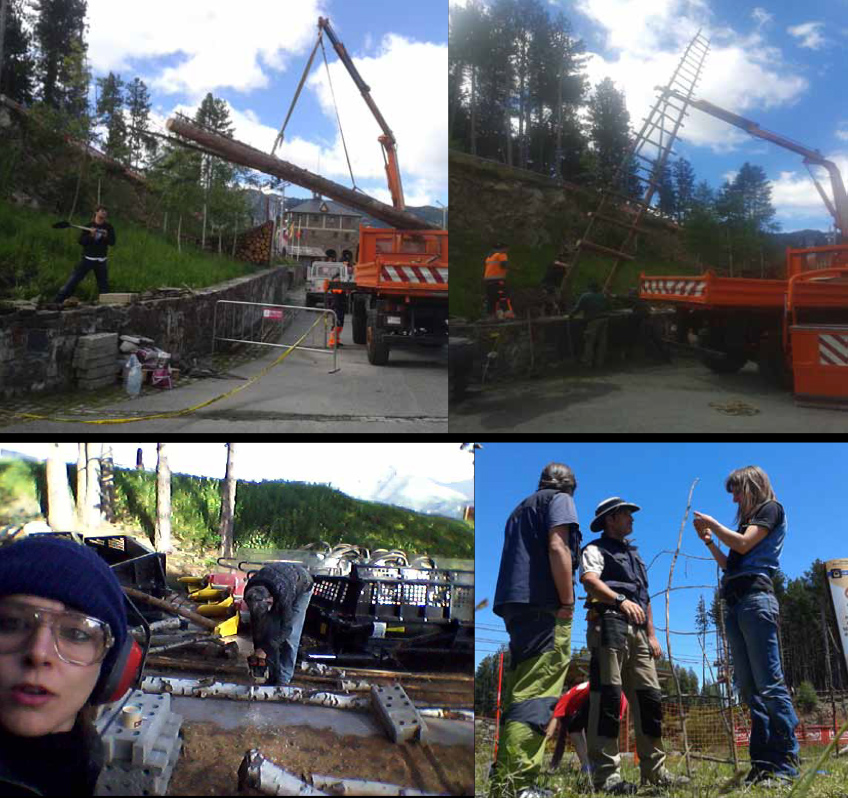 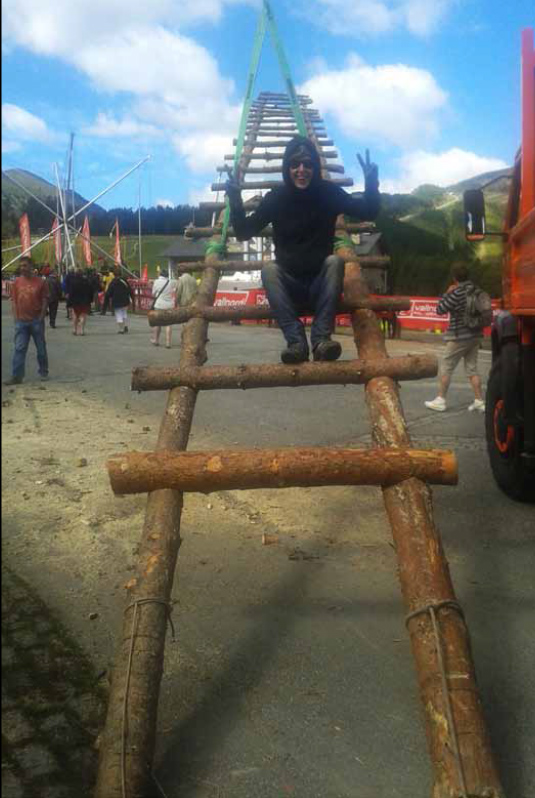 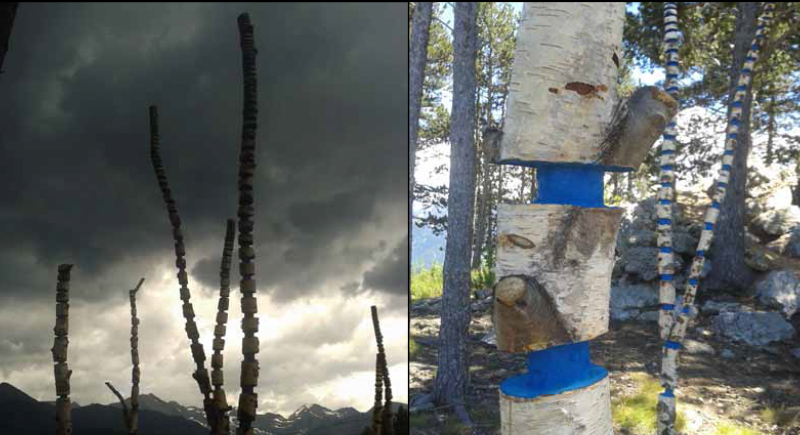 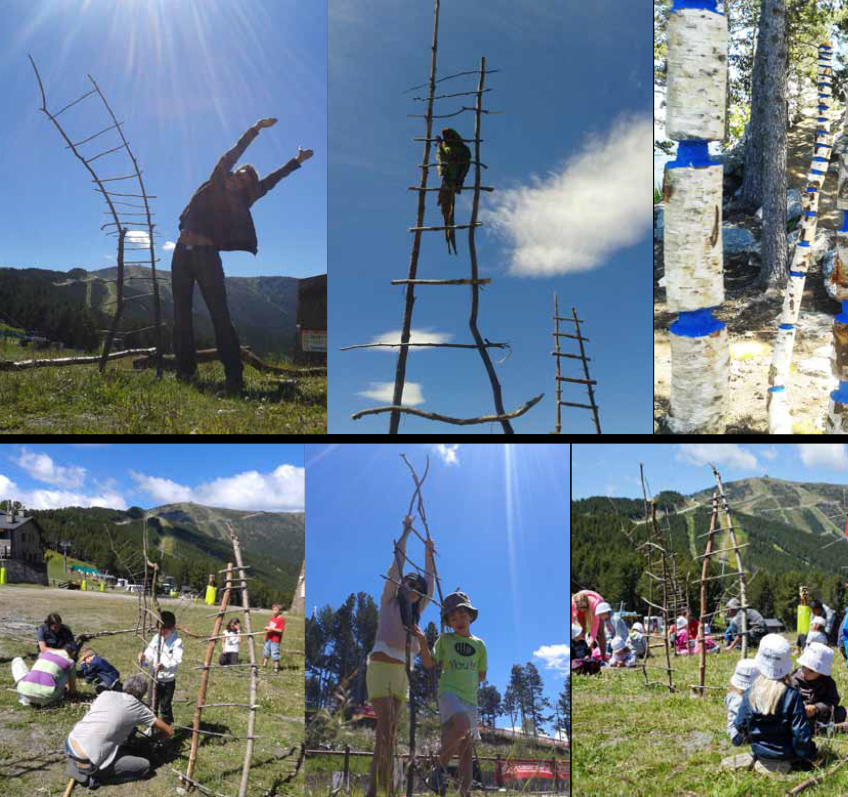 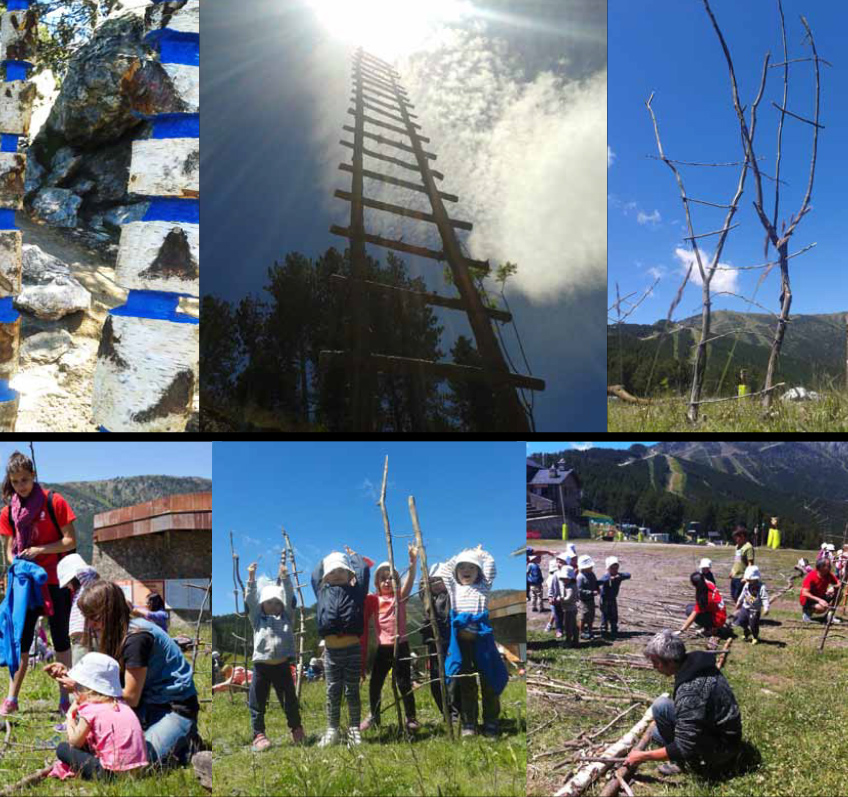 de la tierra al cielo (From the soil to the sky)

Ariane worked with her team close to the ski station, very close to the open sky of the andorian Pyrenees. René placed his work down in the valley in the village of La Massana. Both installations were made just with recycled natural material, which we found nearby. The title “ de la tierra al cielo” (From the soil to the sky) was inspired by this geographic contrast where and how we realized the installations.

And definitely the heavy installation of the giant nest at the ground could not contrast more to the light columns Ariane created closer to the sky in 2000m.

At both installations we organized workshops with kids where we did some small scaled installations and games with and within the natural objects. And it was really funny that also youngsters who normally struggled around, participated in doing parkour and felt well integrated leaving the boring prefabricated playing installations by side.