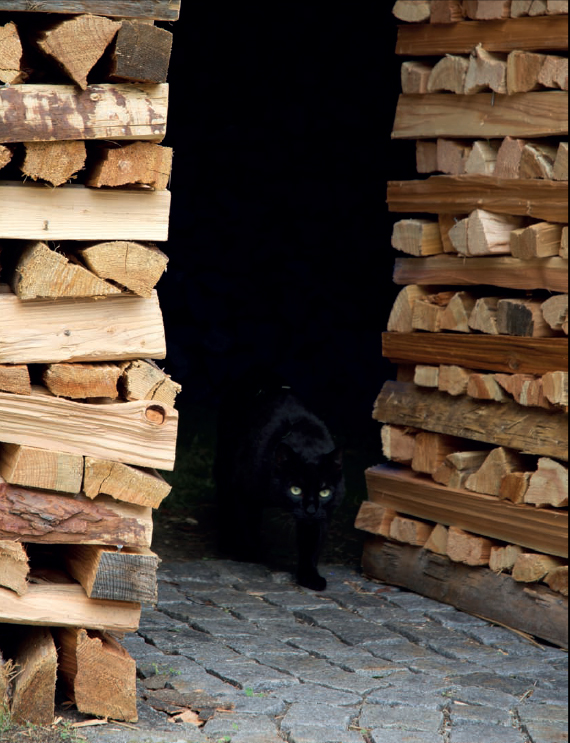 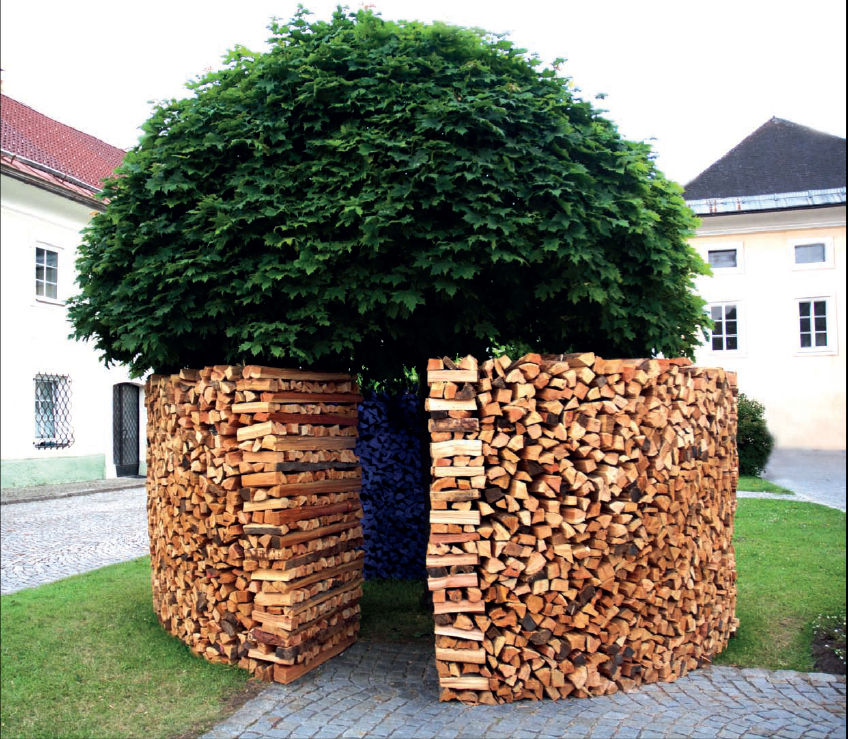 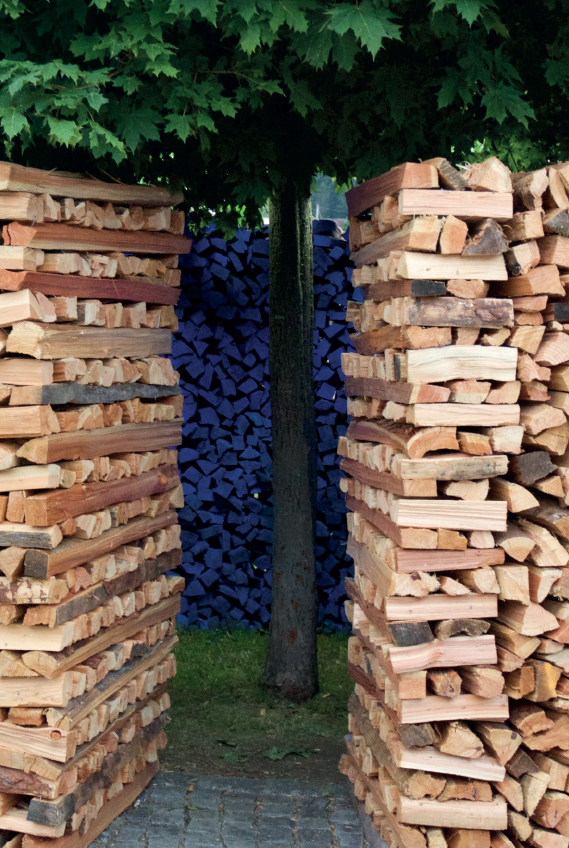 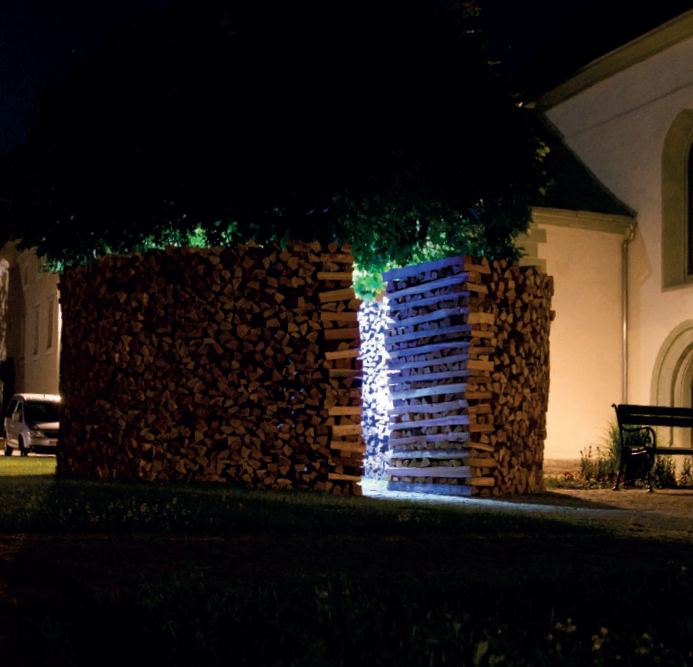 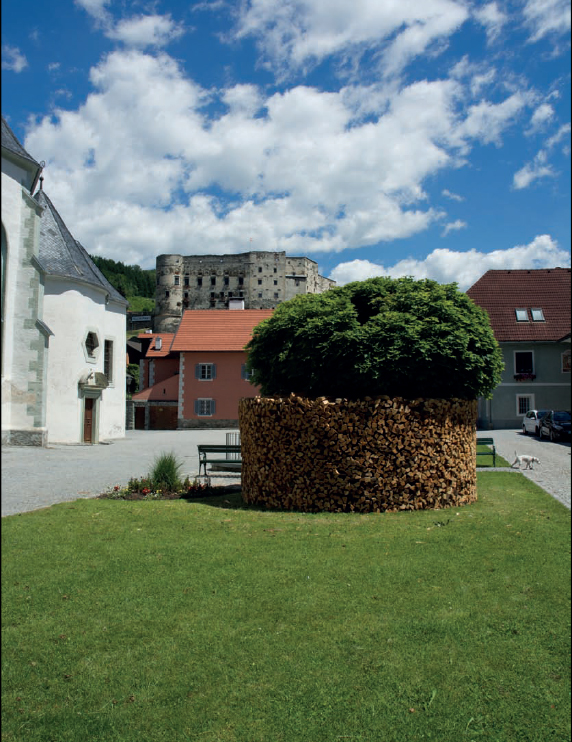 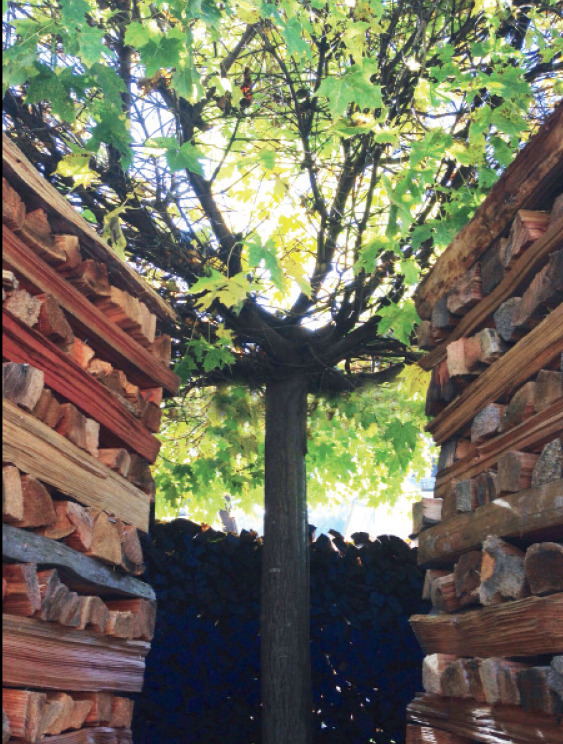 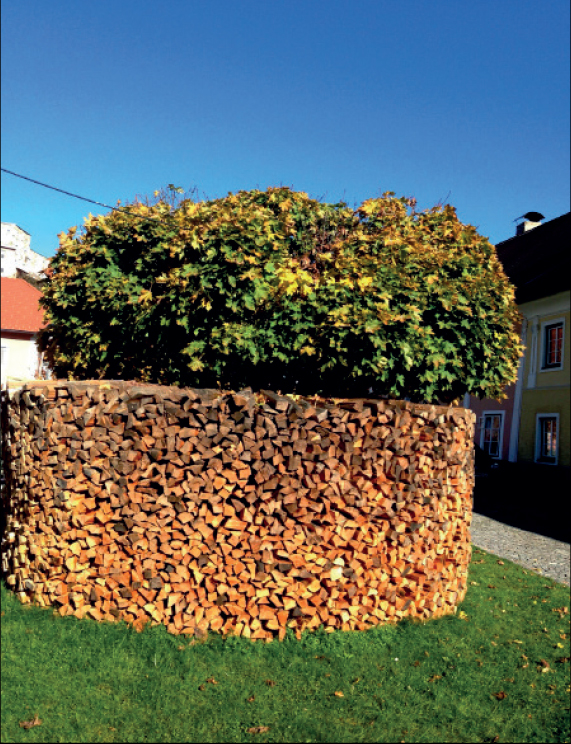 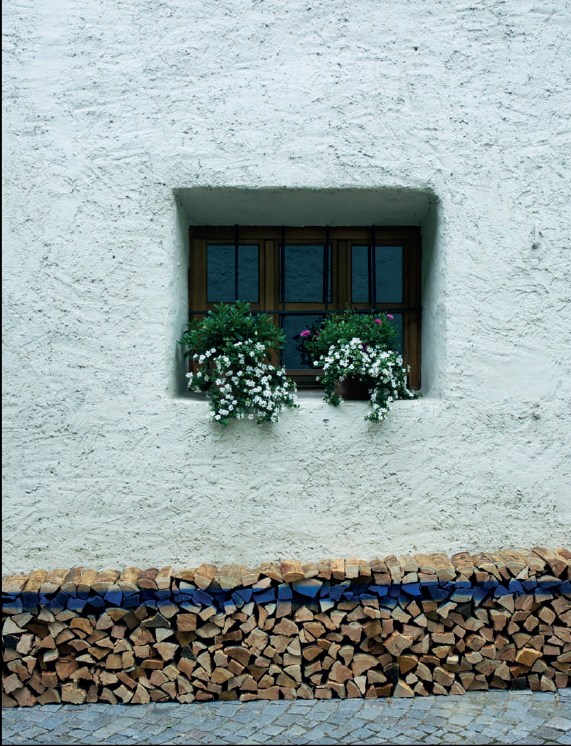 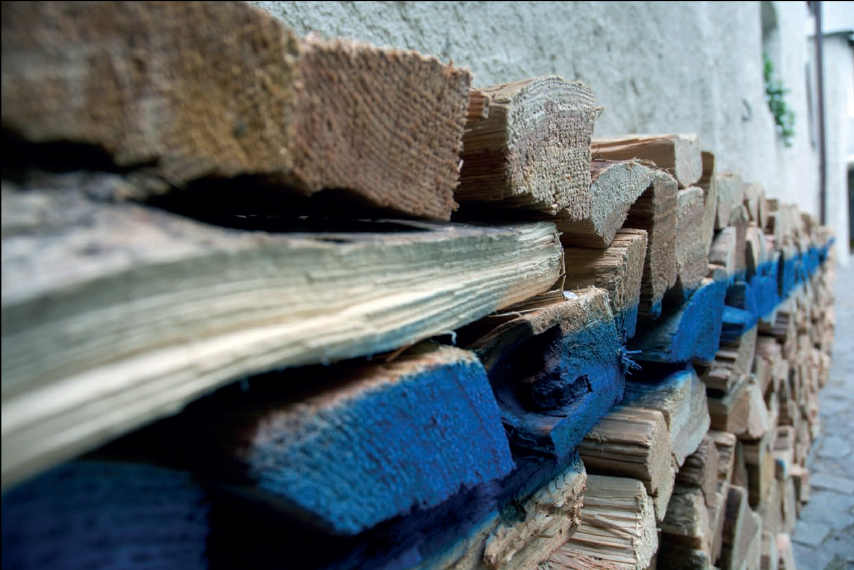 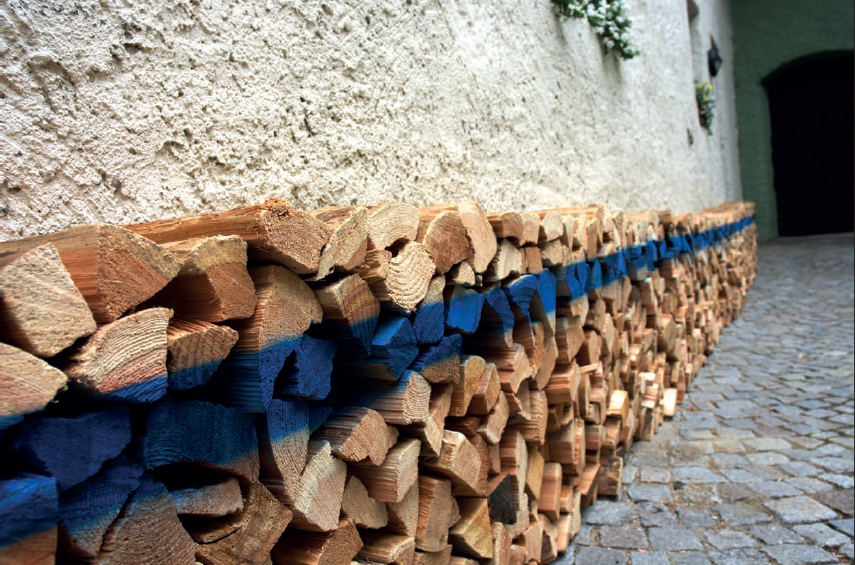 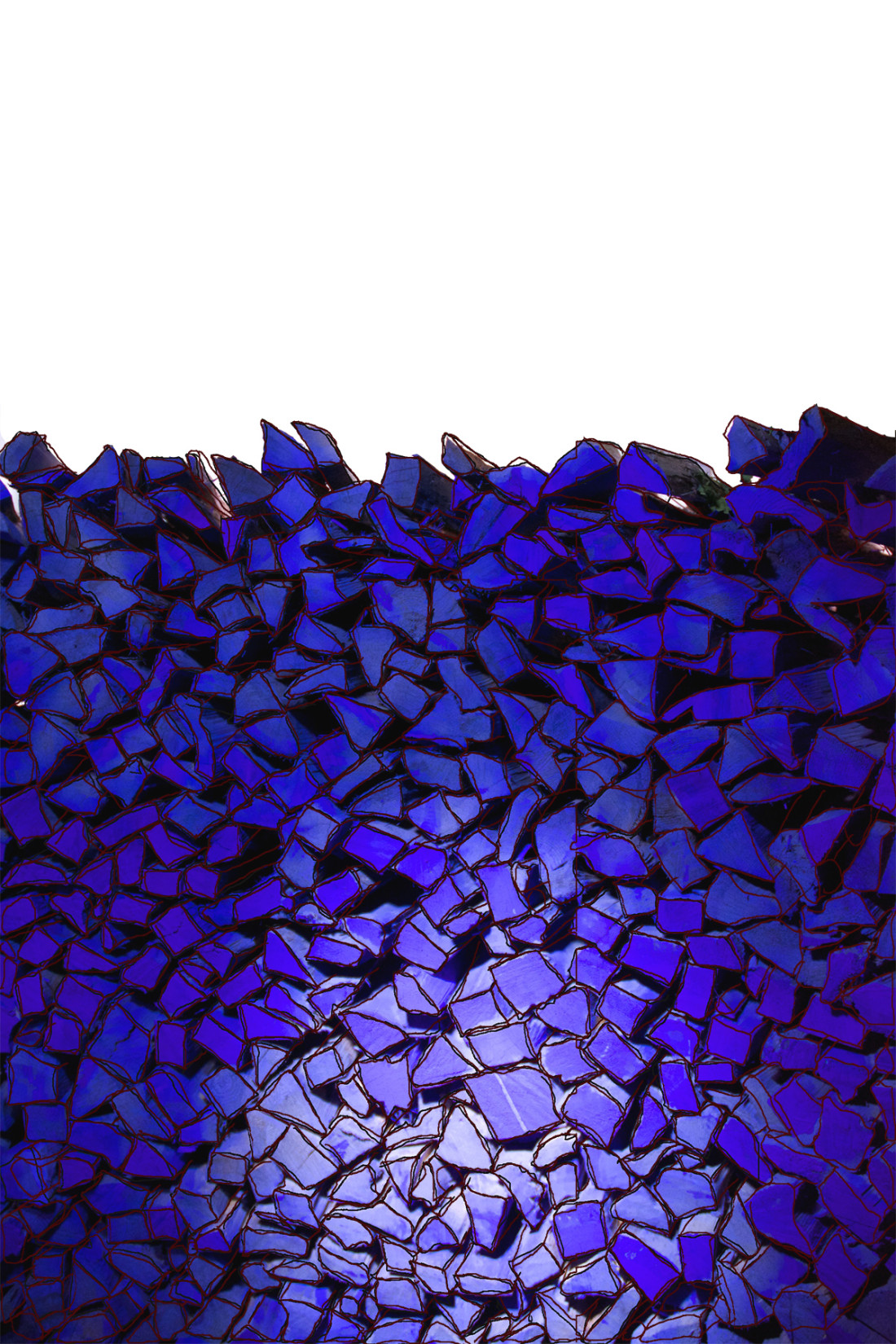 Which are necessary to convert the «here» into a

to a large, whole thing.

A new place to carry the heaven,

A place out of time,

The distance from the here and now.

Into the present comes felt eternity.

«Is that firewood or art what you’re doing?»

Asked us past residents, in whose day-to-day life we invaded unasked the yard before the church.

We didn’t knew it, maybe we suspected something – and so we were able to counter the interested commentaries only a friendly smile for temporary calming.

Nevertheless, this seemed to be somehow sufficient, and they continued their way.

To be honest, we were guided by a rather intrepid, but very impulsed intuition. Both impressed by different horizons of experience, but still convincing. We were finally allowed to occupy the square directly in front of the church

And at least, we temporarily disfigured the fine-combed meadow and the baroque church building behind it with enormous amounts of firewood. In the middle of summer high season. With a project idea in mind, whose physical and logistical implementation we had neither known in detail nor had ever realized before. What we realized, however, was that we wanted to go high, no less than heavenly.

At least we wanted to create an illusion of an interior space that would give us that feeling. And that in the public space in front of the Catholic Church.

Simply stacking the wood, as you could see on many facades. Freshly split larches, which were to be neatly piled up to a stately tower. Without any tools such as nails or glue. Once entered the tower, the visitors should experience something unexpected, that was at least our vision.

How and under what conditions, that’s what we didn’t knew, we guessed at most.

A wonderful experiment for all participants. A land-art project in and with the public space and its users with unexpected side effects and sequences.